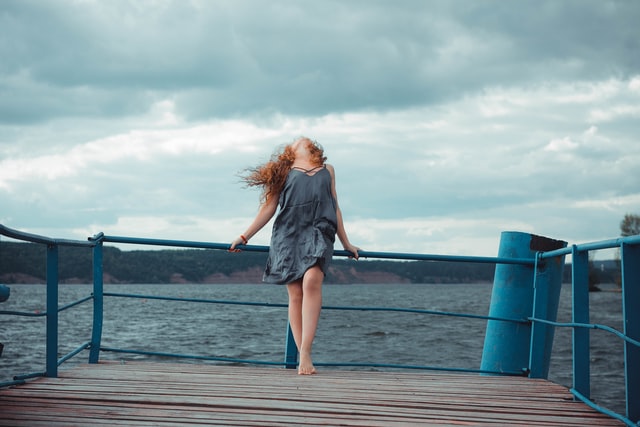 What Exactly Is Adult Modeling?

First, it is important for aspiring models to understand exactly what this type of modeling is. Simply put, adult modeling involves posing at least in underwear, but more often than not, it consists in posing topless or naked, and even sometimes with graphic sexual content (known as hardcore modeling). While a topless model can pay the bill with the right physical gift set, it usually takes a willingness to pose fully naked for the model to see the positive effect on her bank account. And of course, there are hardcore models who stand out the most in the adult modeling and entertainment industry.

Models appearing in hardcore productions, also known as porn stars, make the most money. Their income is derived from their photography and film work, as well as from guest appearances, signings, adult entertainment events, and, last but not least, their personal membership website. Model websites that accept monthly memberships from fans to view their content, as well as sell merchandise and host webcam shows, can easily make more money for models than others. Some of the more prominent adult models earn more than $20,000–$30,000 per month, and some of them just pose naked. But while appearing in a hardcore production may be the most profitable, it’s also the most demanding and, if not handled properly, can lead to rapid burnout. Before you jump into something for the potential profit, make sure it’s something you’re comfortable with and something you really want to do. The most successful adult models and entertainers really love what they do!

Once you’ve decided that adult modeling is something you really want to do, it’s important to determine whether to do it yourself or seek help from an adult modeling agency or management company.

The agency and management firm has connections in the industry, as well as experience and the ability to market the model and give her the publicity she needs to be noticed not only by potential clients, such as photographers and producers but almost as importantly, by fans. Having a large fan base is the key to a model’s being financially and emotionally successful. Not only will his loyal fan base buy the merchandise of their favorite model, sign up for his website, and visit him at performances and clubs, but they will also give him his approval, adoration, and respect. Many models praise their fans for going through tough days when the last thing they want to do is appear in front of the camera.

Once you’ve started your adult modeling career, and the money starts pouring in, and offers for your talent flood your email inbox, and fan club memberships start to hit the four digits, it’s important to take a step back, take a deep breath, and take a break. Many adult models want burnout in a year because they can’t set the pace themselves. Usually, agencies will make sure their stars don’t reach this level of excessive workload, but if you’re on your own, be sure to set aside a few days a week just for yourself, so you can enjoy things other than modeling.

We use cookies on our website to give you the most relevant experience by remembering your preferences and repeat visits. By clicking “Accept All”, you consent to the use of ALL the cookies. However, you may visit "Cookie Settings" to provide a controlled consent.
Cookie SettingsAccept All
Manage consent

This website uses cookies to improve your experience while you navigate through the website. Out of these, the cookies that are categorized as necessary are stored on your browser as they are essential for the working of basic functionalities of the website. We also use third-party cookies that help us analyze and understand how you use this website. These cookies will be stored in your browser only with your consent. You also have the option to opt-out of these cookies. But opting out of some of these cookies may affect your browsing experience.
Necessary Always Enabled
Necessary cookies are absolutely essential for the website to function properly. These cookies ensure basic functionalities and security features of the website, anonymously.
Functional
Functional cookies help to perform certain functionalities like sharing the content of the website on social media platforms, collect feedbacks, and other third-party features.
Performance
Performance cookies are used to understand and analyze the key performance indexes of the website which helps in delivering a better user experience for the visitors.
Analytics
Analytical cookies are used to understand how visitors interact with the website. These cookies help provide information on metrics the number of visitors, bounce rate, traffic source, etc.
Advertisement
Advertisement cookies are used to provide visitors with relevant ads and marketing campaigns. These cookies track visitors across websites and collect information to provide customized ads.
Others
Other uncategorized cookies are those that are being analyzed and have not been classified into a category as yet.
SAVE & ACCEPT